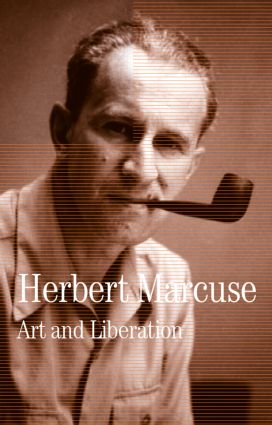 The role of art in Marcuse’s work has often been neglected, misinterpreted or underplayed. His critics accused him of a religion of art and aesthetics that leads to an escape from politics and society. Yet, as this volume demonstrates, Marcuse analyzes culture and art in the context of how it produces forces of domination and resistance in society, and his writings on culture and art generate the possibility of liberation and radical social transformation.

The material in this volume is a rich collection of many of Marcuse’s published and unpublished writings, interviews and talks, including ‘Lyric Poetry after Auschwitz’, reflections on Proust, and Letters on Surrealism; a poem by Samuel Beckett for Marcuse’s eightieth birthday with exchange of letters; and many articles that explore the role of art in society and how it provides possibilities for liberation.

This volume will be of interest to those new to Marcuse, generally acknowledged as a major figure in the intellectual and social milieus of the 1960s and 1970s, as well as to the specialist, giving access to a wealth of material from the Marcuse Archive in Frankfurt and his private collection in San Diego, some of it published here in English for the first time.

A comprehensive introduction by Douglas Kellner reflects on the genesis, development, and tensions within Marcuse’s aesthetic, while an afterword by Gerhard Schweppenhäuser summarizes their relevance for the contemporary era.