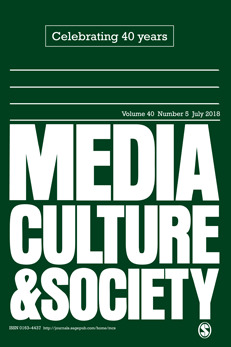 Paolo Gerbaudo’s book The Mask and the Flag: Populism, Citizenism and Global Protest, whose approach is reflected in his Crosscurrents piece in the issue of Media, Culture & Society at hand, is a response to these societal, political and academic challenges. This CrossCurrents comment asks, I ask, the following: Why is it that right-wing authoritarian populism in recent times has become much more popular than left-wing movements? How do right-wing authoritarian movements communicate? Why is it that right-wing political communication strategies seem to garner and result in mass support? The critical theory of authoritarianism advanced by the Frankfurt School and related authors on fascism, Nazism, and the authoritarian personality help us to critically analyse the communication of authoritarianism. In this context, particularly the works by Franz Leopold Neumann, Erich Fromm, Theodor W. Adorno, Herbert Marcuse, Leo Löwenthal, and Willhelm Reich are relevant.