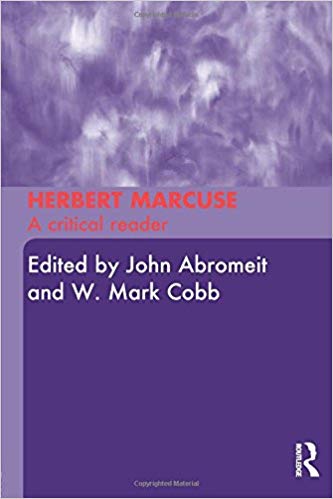 The Legacy of Herbert Marcuse: A Critical Reader is a collection of brand new papers by seventeen Marcuse scholars, which provides a comprehensive reassessment of the relevance of Marcuse's critical theory at the beginning of the 21st century.

Although best known for his reputation in critical theory, Herbert Marcuse's work has had impact on areas as diverse as politics, technology, aesthetics, psychoanalysis and ecology. This collection addresses the contemporary relevance of Marcuse's work in this broad variety of fields and from an international perspective.

In Part One, veteran scholars of Marcuse and the Frankfurt school examine the legacy of various specific areas of Marcuse's thought, including the quest for radical subjectivity, the maternal ethic and the negative dialectics of imagination. Part Two focuses on a very new trend in Marcuse scholarship: the link between Marcuse's ideas and environmental thought. The third part of this collection is dedicated to the work of younger Marcuse scholars, with the aim of documenting Marcuse's reception among the next generation of critical theorists. The final section of the book contains recollections on Marcuse's person rather than his critical theory, including an informative look back over his life by his son, Peter.

2 The American experience of the critical theorists
DETLEV CLAUSSEN

3 Heidegger and Marcuse: the catastrophe and redemption of technology
ANDREW FEENBERG

4 Marcuse and the quest for radical subjectivity
DOUGLAS KELLNER

Part II: Interpretations of Marcuse’s critical theory from the next generation

8 The theoretical place of utopia: some remarks on Marcuse’s dual anthropology
STEPHAN BUNDSCHUH

10 Marcuse, Habermas, and the critique of technology
SAMIR GANDESHA

The original inspiration for this volume came from the international conference on "The Legacy of Herbert Marcuse" that was held at the University of California, Berkeley, on 6-7 November 1998 to commemorate the 100th anniversary of Herbert Marcuse’s birth. Although many of the papers that appear here have been modified or completely replaced in the meantime, it remains true that this volume would not have been possible without the support of various people and organizations who made the conference possible. Foremost among them was Martin Jay, who made a generous contribution of research funds from his endowed professorship, provided invaluable aid and advice on organizing the conference, and also delivered the opening remarks. Other organizations at the University of California, Berkeley, who supported the conference include the Department of History, the Center for Western European Studies, the Center for German and European Studies, and the Townsend Center for the Humanities. The History of Consciousness Department at the University of California, Santa Cruz, also made a financial contribution to the conference.

John Abromeit is a Ph.D. candidate in history at the University of California, Berkeley. He is the co-editor of Heideggerian Marxism (2003).

W. Mark Cobb is Professor of Philosophy at Pensacola Junior College, and a Ph.D. candidate in the history of consciousness at the University of California, Santa Cruz.

Stephan Bundschuh holds a Ph.D. in philosophy from the J.W. Goethe University in Frankfurt am Main, Germany. He has published essays on the topics of National Socialism and aesthetics.

W. Mark Cobb is Professor of Philosophy at Pensacola Junior College, and a Ph.D. candidate in the history of consciousness at the University of California, Santa Cruz.

Andrew Feenberg is Professor of Philosophy at San Diego State University. His most recent book is Questioning Technology (Routledge, 1999).

Samir Gandesha teaches in the School of Academic Studies at Centennial College, Toronto. His work concerns the relation between art and ethics in modern philosophical discourse.

Douglas Kellner is George F. Kneller Chair in the Philosophy of Education at UCLA. He is the editor of Marcuse’s collected papers, published by Routledge in six volumes.

Peter Marcuse is a lawyer and Professor for Urban Planning at Columbia University in New York. He is the author of Missing Marx (1991). He is also Herbert Marcuse’s son.

John O’Neill is Distinguished Research Professor of Sociology at York University, Toronto, a Member of the Centre for Comparative Literature at the University of Toronto, and a fellow of the Royal Society of Canada.

Carl E. Schorske is Professor Emeritus of History at Princeton University. He is the author of German Social Democracy, 1905-1917, Fin-de-siècle Vienna, and Thinking with History.

Steven Vogel is Professor of Philosophy at Denison College in Granville, Ohio. He is the author of Against Nature (1996).

Michael Werz received his Ph.D. in philosophy from the J.W. Goethe University in Frankfurt am Main, Germany. He is now Assistant Professor at the Institute for Sociology at the University of Hannover, Germany.